"I fell in love with both the material and the vessel as a magical form; but it was a long time before I realised how I wanted to use it...I was seduced by the alchemy of change where you take a material...and it is transmogrified into something else."

Born in Staffordshire in 1934, Henderson first encountered clay after taking a foundation course in Art at Goldsmiths College in London in 1964. He later studied at Camberwell School of Art, under Hans Coper and Lucie Rie. He graduated in 1968 and continued his studies at Edinburgh College of Art before returning to London.

Henderson very soon left the wheel behind and moved to the freedom of hand-building.  Throughout his career he explored clay as a medium in its own right, and said of his work that:

"It explores the significance of what is broken, torn or cut, the ability of single or multiple forms to speak of either compression or expansion, flatness or fullness.  It is a kind of drawing in three dimensions.  I start with fragments - familiar, found, improvised - and then build up to complex structures that invite the observer to complete the circuit, so to speak, by considering such matters as memory, invention and metaphor."

In parallel with ceramics his passion for painting continued throughout his career, with watercolours, gouaches and collages becoming increasingly inseparable from his ceramics.

Ancient cultures, geological forms and landscapes were persistent influences during his career - Avebury, Eden Valley in Cumbria, the Rollright Stones in north Oxfordshire, Orkney, and Manorbier in Pembrokeshire where he had a home for the last year of his life.

Henderson's work is viewable in many international public collections, including The Metropolitan Museum of Art in New York, the Stedelijk Museum in Amsterdam, the Australian National Gallery in Canberra, the Kyoto Museum of Modern Art and the Victoria & Albert Museum in London. 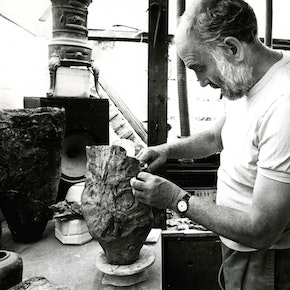 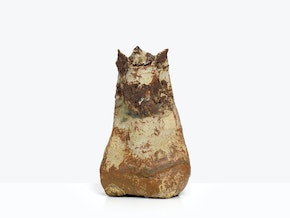