Gustavo Pérez was born in Mexico City in 1950. He studied Engineering, Mathematics and Philosophy at the University of Mexico and then enrolled at the Design and Crafts School in Mexico City to study ceramics. He currently lives and works in Veracruz, Mexico, and Prissac, France.

His pots are distinguished by their simplicity and symmetry; many of them feature carefully incised lines, geometrical patterns and bright colours while maintaining a minimalist aesthetic.

Pérez has exhibited widely in Mexico and also in the United States, Cuba, Japan, Korea, Canada and throughout northern Europe. He has been invited on various occasions to direct courses and workshops in Germany, France and Spain. Since 1994, he has been a member of the International Academy of Ceramics and is now a member of the board. In 2005 he was honoured with a retrospective exhibition of his work at the Franz Mayer Museum in Mexico.

Pérez's work is represented by numerous international public collections, such as the Los Angeles County Museum of Art, the Montreal Museum of Fine Arts, the Museum of Modern Art in Mexico City and the Saga Prefectural Art Museum in Japan. 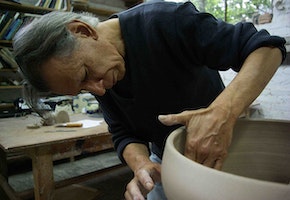 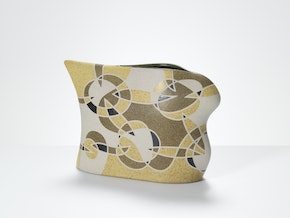