Jacques Kaufmann was born in Casablanca in 1954, and has lived in the area surrounding Geneva since the age of nine.

Following his studies in ceramics at the School of Decorative Arts in Geneva under the tutelage of Philippe Lambercy, Aline Favre and Florent Zeller, he ran two ceramic workshops from 1978-84.

Kaufmann then worked as head of the Ceramic Action Project for the Swiss Development Cooperation in Rwanda, where he developed a fascination with the concept of ceramic landscapes.  Inspired by intercultural exchanges in Africa, he returned to Geneva in 1986 and attended seminars on anthropology as well as political and economic subjects at the University Institute of Development Studies.

Subsequent to the years he spent in Rwanda until now, Kaufmann made a series of large-scale installations and sculptures composed of ceramic bricks and roof tiles.  These continue to be the primary materials used in his work.

In 1988, Kaufmann set up his own studio in Frangy, a commune in France near Geneva.  In 1994, he began a twenty-year teaching career in ceramics at the School of Applied Arts in Vevey, working as chair of the department until his recent retirement.

A multicultural history lends Kaufmann a passion for travel and discovery.  He frequently visits Asia and has enjoyed a particularly active exhibition schedule in China since the late 1990s.

Since 2008, he has participated in a research group at Hepia, Geneva’s university for those specialising in engineering, architecture and landscape architecture.  This group’s project, ‘Green Walls,’ focuses on bioactive architecture by way of ceramic tiles with interconnected voids, allowing plants to grow through them and reducing green house gases in urban environments.

Kaufmann has been president of the International Academy of Ceramics (AIC) since 2012.  Recognised for his accomplishments in contemporary ceramics and ceramic architecture, he has received over a dozen awards and his work is represented by many international public collections.

For me, the imaginary is originated in the material, in its qualities and in its poetical energy. I belong to a line of artists who questions the limits: those of the materials as well as those of the cultures I meet. 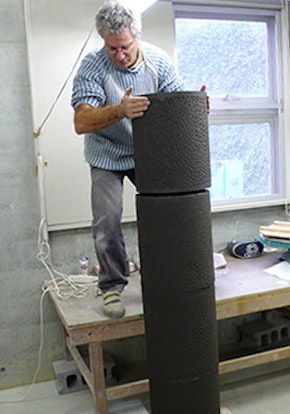 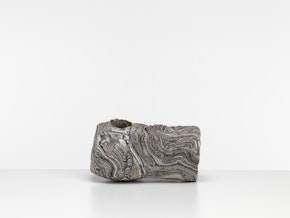