Sara Flynn attended the Crawford College of Art and Design in Cork, where she trained in ceramic design. In her final year of study, she began experimenting with porcelain, which she had worked with exclusively since having established her own studio in Kinsale in 2000, and then in Leap, West Cork in 2006. She now lives in Belfast and her work concentrates on decorative vessels in porcelain and abstract forms in bronze.

Flynn's career began by producing small, functional pots, and her work has developed entirely into one-off forms which are purely sculptural in their intent.  It is distinguished by tactile surfaces and a rich spectrum of colours ranging from cool and subtle whites and celadons to rich and complex greys and blacks, and which has grown to include yellows, oranges, pinks, greens and blues.  The meticulous attention to detail in choosing both the forms made and the glazes applied results in work that is particularly refined and elegant.

My love of form, line and volume is expressed through the qualities and scope of my chosen material, which is porcelain. Of great importance is the potential of new and exciting edges, contours and shapes which can be explored through an understanding of the material’s qualities and my increasing skill. -- Flynn

Her work is featured in many international public and private collections, including the Irish Embassy collections in Australia, Spain, The Netherlands and China, the National Museum of Ireland in Dublin and the art collection of Columbus State University in Georgia, USA.  She was shortlisted for the inaugural Loewe Craft Prize in 2017, and was a member of the Experts Panel for the prize in 2018, 2019, 2020 and 2022.

We are very pleased to announce that Chatsworth House acquired a number of works from Flynn's exhibitions at Erskine, Hall & Coe.  The Victoria and Albert Museum in London (gift of Christopher M. Gorman-Evans), The Fitzwilliam Museum in Cambridge (gift of Sir Nicholas and Lady Judith Goodison) and The Art Institute of Chicago (gift of Michael and Tamara Root) acquired works by Flynn in 2018, 2015 and 2011, respectively.  Flynn's ceramics were also acquired by the permanent collections of The National Museum of Ireland in Dublin and the Ulster Museum in Belfast from her 2018 exhibition with us.   Additionally, two of her works which were purchased from our gallery were donated to the Gardiner Museum in Toronto, Canada. 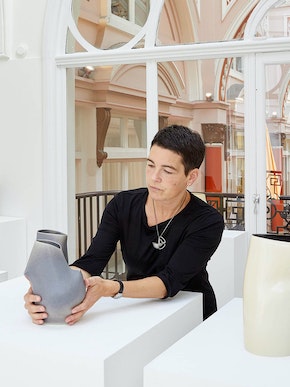 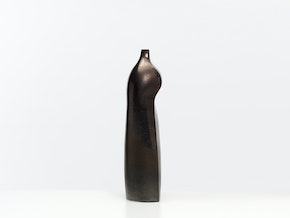