Shiro Tsujimura is an acclaimed modern Japanese potter who makes exciting and innovative use of Japanese ceramic traditions. He employs Oribe, Bizen and Shigaraki forms, to create dynamic anagama, or wood-fired pots with gritty textured surfaces and free flowing glazes.

Tsujimura was born in the Nara Prefecture in 1947. After graduating from high school, he went to Tokyo to study oil painting, where he struggled with the medium and came to believe his problem might be spiritual. He made an exploratory trip to northern Japan, lived in a Buddhist temple and studied Zen. During this time, his focus moved from painting to ceramics. When he returned to Tokyo, he visited the Japan Folk Crafts Museum and saw an old tea bowl, which inspired him to concentrate his work on ceramics.

In 1970, Tsujimura built a kiln, and then alongside it a wooden house. He then constructed several more kilns; after years of intensive experimentation, he held his first exhibition at his own home which was a great success. Since then, he has fired Iga, Shino, Kohiki, Ido, Oku-Korai, and Setoguro in addition to Oribe, Bizen and Shigaraki wares.

Tsujimura was honored with a solo chadogu exhibition at the Kyoto Chado Shiryokan in 1999. His works may be viewed in many permanent public collections worldwide, including the Asian Art Museum of San Francisco, the Metropolitan Museum of Art in New York and the Chado Research Center Gallery in Kyoto. 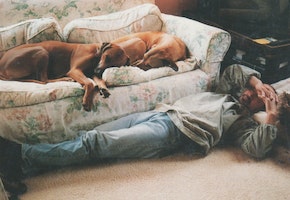 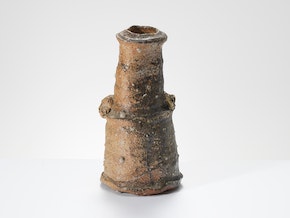