Tatsuzo Shimaoka was born in 1919 in Tokyo, Japan.  At nineteen years old, Shimaoka visited an exhibition at the Japanese Folk Crafts Museum, which inspired the artist to train as and become a mingei potter. He attended the Tokyo Institute of Technology as a student of ceramics before apprenticing with Shoji Hamada in Mashiko.

Throughout his career, Shimaoka lectured and taught many other artists, students and apprentices from Japan and aboard. Shimaoka was best known for his unique Jōmon zogan style of pottery.  The signature features of his work include wood-fired pots that are meticulously decorated with a rope-pattern to the surface.

In 1996, Shimaoka was appointed the title, ‘Living National Treasure’ of Mashiko, Japan. His ceramics can be found in many museums around the world including the Metropolitan Museum of Art, the Victoria & Albert Museum and the Israel Museum. 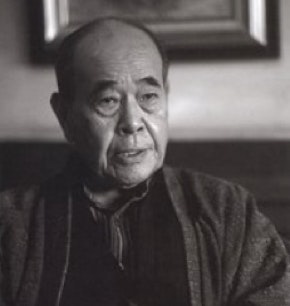 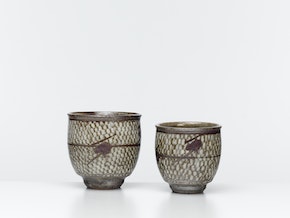