Annie Turner was born in 1958 on the east coast of England.  She studied three dimensional design and ceramics at Bristol Polytechnic and the Royal College of Art, and has since then exhibited her work throughout the UK and the United States.

Turner's work is inextricably tied to the river Deben in Suffolk and its surrounding environment where she grew up.  She explores movements and tides of the water, changing seasons and the passage of time in her delicate and fragile yet strong sculptures.  Many of her pieces appear rusted from the repeated firing and use of oxides and slips.  This helps to convey the idea of time and its affect on nature.  Her forms have such titles as 'net,' 'sinker,' 'mussel box,' 'bar buoy' and 'tide line,' further emphasizing the inspiration Turner draws from the river.

Turner currently teaches and lectures alongside making new artwork.  Her art may be seen in some public collections throughout the UK and the United States, including the National Museum of Wales in Cardiff, the Fitzwilliam Museum in Cambridge and the Victoria and Albert Museum in London. 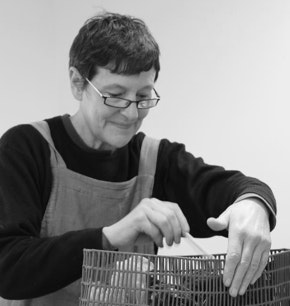 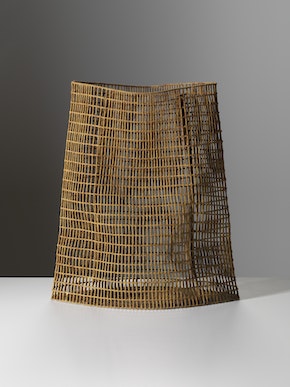