Catherine Yarrow was born in 1904 in Harpenden, a small village near London.  She studied drama at RADA for a short time, where Laurence Olivier and John Gielgud were among her contemporaries, and developed a dislike of Britain and all things British, feeling stifled by conventional society.  When she was 20, she moved to Paris.  She had been to Italy and Spain and decided to study architecture, taught by a private teacher who told her to go and learn to draw.  This is when she first discovered her interest in art.

Yarrow studied drawing and painting and learned engraving at the now legendary Atelier 17, the studio set up by William Stanley Hayter in 1927.  It was here that she met Giacometti, one of the great loves of her life.  She managed to persuade the Master potter--José Llorens Artigas--who taught Joan Miro and Picasso--to accept her as an apprentice. She remained friends with Artigas until his death in 1980.

She moved to New York in 1940 and lived there until 1948, where she was again a contemporary of the surrealists who like herself, sought refuge in America after fleeing France during the war.  Friends and fellow artists included André Brèton, Marcel Duchamp, Yves Tanguy, Stanley William Hayter, Alexander Calder, the Chilean artist Roberto Matta, Max Ernst and Leonora Carrington.  She continued making ceramics, became friends with Carol Janeway (ceramicist and author) whom she mentored and instructed and with whom she probably shared a studio.  In April 1943, she exhibited ceramics alongside paintings and drawings by Max Ernst at the Julien Levy Gallery.

In June 1950, an exhibition of her paintings was held at the Hanover Gallery, London, and in 1952 Yarrow exhibited ceramics at the Institute for Contemporary Arts in London alongside other ceramicists.

During the 50s and 60s, Yarrow produced a large body of work which included mono-prints, pastels and abstract forms in which she experimented with different textures eventually arriving at the idea of mixing sand with colour and producing some of her most striking images.

Yarrow was largely unrecognised by the conventional English art world after the 1960's; however, she drew around her a large group of young people for whom she became a source of inspiration, encouraging them to discover their own creativity.

Recently some of her work as been acquired by The Victoria and Albert Museum, Buckinghamshire County Museum and Paisley Museum in Scotland.

Victoria Jenssen of Cleveland, Nova Scotia, for generously sharing research and information about the New York period of Catherine's life while researching material for her upcoming book: 'The Art of Carol Janeway: 1913-1989.' (Nova Scotia Whiteside Press).

Beth Gates Warren and Marie Difilippantonio, authors of an upcoming book on the Julien Levy Gallery and the artists who exhibited there. 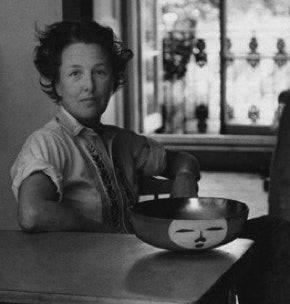 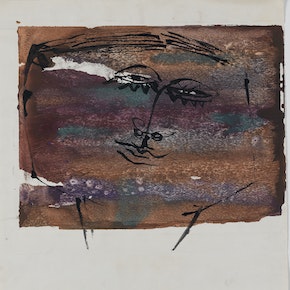