Emmanuel Cooper was one of Britain's most distinguished ceramic artists.  He was also a writer, curator and professor.

His work was recognised by nearly thirty solo exhibitions and many awards, including the Silver Medal of the Society of Designer Craftsmen award in 2002.  Also in 2002, he was appointed OBE.

Cooper's ceramics have been acquired by many public collections, including the Victoria and Albert Museum, the Royal Scottish Museum and the Philadelphia Museum of Art. 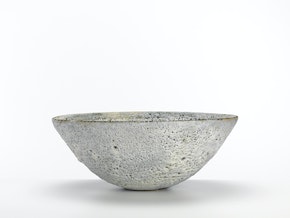