Eriko Inazaki was born in Hyogo, Japan in 1972.  She graduated from Musashino Art University in 1995, and completed her studies at the Kyoto City Graduate School of Arts in 1997.  She was honoured with two Asahi Contemporary Craft awards in the early 1990s in recognition of her work.  She was also selected out of more than 125 artists from over 30 countries as the winner of the Varaždin City award in 2012 for best artwork at the Ceramic Multiplex exhibition in eastern Croatia. 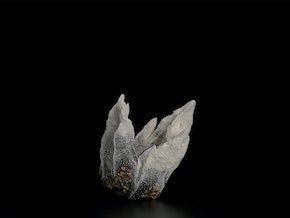