Hiroki Iwata was born in Tokyo in 1965, and he graduated from the Tokyo National University of Fine Art and Music in 1992.

Iwata is one of the few Japanese metal artists researching and experimenting with enamel.  In 2003, he became the director of the Japan Enamelling Artists Association. He is also a member of the Japan Craft Design Association. He has exhibited widely throughout Japan and abroad and has been a recipient of many prizes throughout his career.  He is currently a professor at Tokyo University of the Arts. 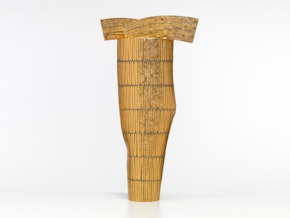