James Tower was born in Kent and studied painting at the Royal Academy from 1938 until 1940. He continued his studies in art at the Slade School of Art, where he discovered an interest in early English slipware and became fascinated with ceramics. He was a student of British potter William Newland at the London Institute in 1948.

Tower met many modern British artists including Kenneth Armitage, Peter Lanyon, Terry Frost and William Scott at Bath Academy of Art, where he taught a ceramics course. He was preoccupied with form and shape, and similar to his contemporaries, he worked to refine an abstracted style based on natural forms. Tower often used the sea as a motif in his work; his wave patterns lend a sense of movement, and his use of textured surfaces are reminiscent of shells and crustaceans.

Tower had his first exhibition in 1951 in London, and in 1966 he became the Head of Fine Art at Brighton College of Art, where he set up a sculpture course. Tower often destroyed the works that he was not satisfied with, therefore his œuvre is relatively limited.

Tower's artwork may be seen in many public collections throughout the UK and the United States, including the Victoria & Albert Museum in London and The Art Institute of Chicago.

Erskine, Hall & Coe represent the estate of James Tower. Further information regarding the artist can be viewed on the estate's website here.

In September 2019, Victoria at Art gallery in Bath will hold a major retrospective of James Towers work, which will coincide with the centenary of the artists birth. 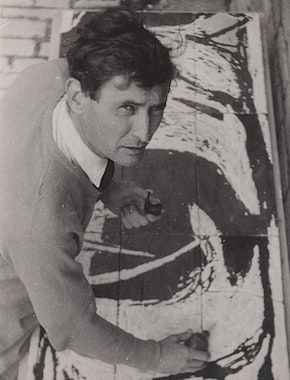 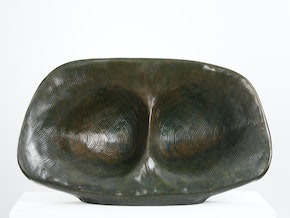