Tomonari Hashimoto was born in the Wakayama Prefecture in Japan in 1990, and obtained a BA of Fine Arts from Kyoto University of Education in 2012.  He earned a Master's and PhD from Kanazawa University of Art, finishing his studies in 2017.

Hashimoto is based in Shigaraki and has exhibited his work throughout Japan. In 2017, he was an artist in residence at the Shigaraki Ceramic Cultural Park, which allowed him to make ambitious, large-scale works.

In 2019, Hashimoto held his first overseas solo exhibition in Hong Kong, and later that year he was chosen as the on-site exhibitor at the Korean International Ceramic Biennale at the Icheon World Ceramic Center.

Hashimoto was selected as one of the youngest finalists for the LOEWE Craft Prize 2019, exhibited at the Sogetsu Kaikan in Tokyo. 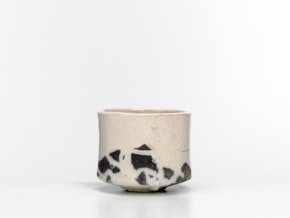