Claudi Casanovas was born in Catalonia in 1956.  He studied theatre in Barcelona and subsequently trained as a ceramicist in the Catalan city of Olot. He was a member of the Coure Potters' Cooperative from 1978 until 1987, and in 1992 he won first prize at the III International Ceramics Competition in Mino, Japan.  In 2004, he won a competition to create a monument against Fascism in Olot.  This Memorial als Vençuts was installed in June 2006.  His artwork has been displayed in major exhibitions and museum collections worldwide, including The Hermitage Museum in Saint Petersburg, the Victoria & Albert Museum in London and the National Gallery of Australia. 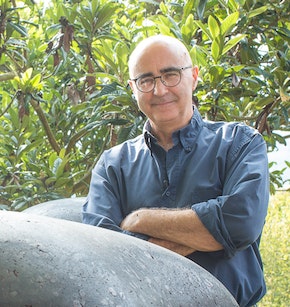 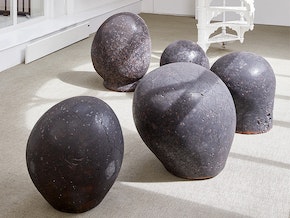