Jennifer Lee was born in Aberdeenshire, Scotland in 1956. From 1975 to 1979 she studied ceramics and tapestry at Edinburgh College of Art; subsequently, she researched South-West Indian prehistoric ceramics and visited contemporary West Coast potters during an eight-month scholarship to the USA.

From 1980 to 1983, Lee continued her work in ceramics at the Royal College of Art in London. Her pots are hand-built and are distinguished by her unique method of colouring them by mixing metallic oxides into the clay before making.

Lee has had retrospective exhibitions of her work at the Röhsska Museet in Gothenburg, Sweden in 1993, and the Aberdeen Museum and Art Gallery, Scotland in 1994. Her work is represented in major international public collections, including The Metropolitan Museum of Art in New York, The Philadelphia Museum of Art, Los Angeles County Museum, and the Victoria and Albert Museum.

In 2009, Lee was invited by Issey Miyake to exhibit at his foundation 21_21 Design Sight for the exhibition entitled U-TSU-WA. The installation was designed by Japanese architect Tadao Ando. Her pots which were featured in the exhibition appeared to float on a vast pool of water behind which cascaded a thirty metre waterfall.

Lee returned to Japan in Autumn 2013 to take part in the International Ceramic Art Festival in Sasama, and was a guest artist in residence at The Shigaraki Ceramic Cultural Park for two months in 2014 and again in 2015 and 2018.

In 2018, Lee won the annual LOEWE FOUNDATION Craft Prize, and in 2020 she was awarded an Order of the British Empire (OBE) for her service to ceramics. 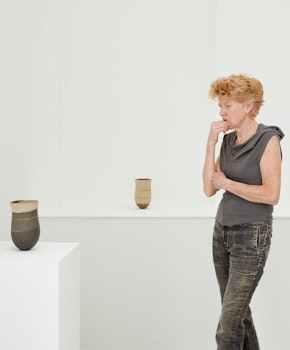 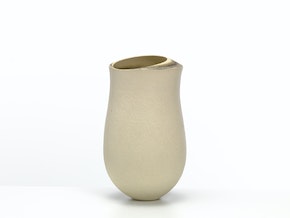