Born in 1946 in Sapporo, a city of the Hokkaido Prefecture of Japan, Machiko Ogawa studied crafts at the Tokyo National University of Fine Arts and Music and graduated in 1969. From there, she went on to study ceramics at l’École Nationale Supérieure des Arts Appliqués et des Métiers d’Art in Paris until 1971, and then in Burkina Faso, West Africa until 1975.

Machiko Ogawa’s work is deeply influenced by her travels as well as her fascination with fossils, minerals and the earth. She has explored many diverse places including subsaharan Africa and South America.

Ogawa has been acknowledged for her unique and significant contribution to the arts. She received The Japan Ceramic Society Award in 2001, the 58th Minister of Education and Culture Award for Fine Arts in 2008 and the Prize of Excellence from the Musée Tomo in 2010, among others.

The Art Gallery of Western Australia in Perth, Los Angeles County Museum of Art, The Metropolitan Museum of Art and The National Museum of Modern Art in Tokyo are among the many public institutions that have acquired her work. 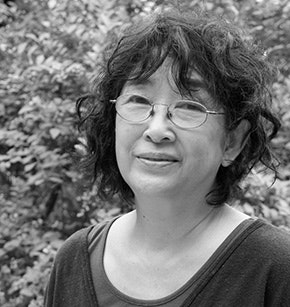 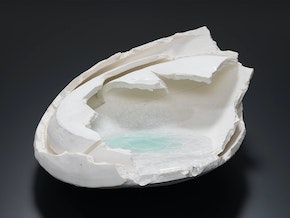