Ryoji Koie was born in Tokoname City of the Aichi Prefecture in Japan in 1938.  He began work at a local tile factory immediately following his graduation from high school and started producing his own pottery when he was 20.  Considered one of Japan's most innovative ceramic artists, his work has made him an international leader in ceramics.

Koie's art parallels that of 'Sodeisha,' a group of avant-garde ceramic artists founded in 1948 by Kazuo Yagi and Osamu Suzuki during the aftermath of the Second World War.  His work has never been ascribed to any particular style or group; instead, he has developed a unique style of his own that combines qualities of the past and future.

Koie has travelled all over the world and has fired pots in America, Britain, Italy, Mexico and South Korea.  He participated in the 30th Faenza International Exhibition of Ceramic Art and his work has been exhibited in such public collections as the Smithsonian Museum in Washington, D.C., the Victoria & Albert Museum in London, the Centre National de Georges Pompidou in Paris, the Metropolitan Museum of Art in New York as well as the Seoul Metropolitan Museum of Art. 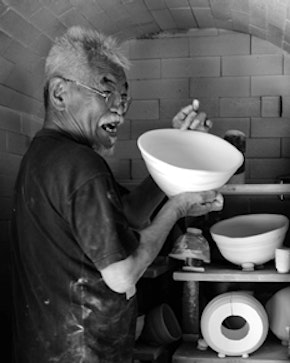 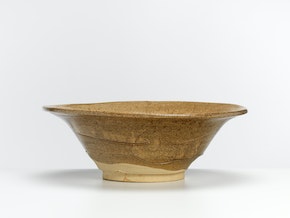