Shozo Michikawa was born on the northern most island in Japan, Hokkaido. He initially had a career in business after graduating from Aoyama Gakuin University, but took up evening classes in art where he discovered his talent and passion for pottery.  A few years later, Michikawa made the decision to give up his life in business and to focus on creating ceramics.

In July 2005, he was given the honour of being the first Japanese artist to have a solo exhibition of his art in The Forbidden City, Beijing.

Michikawa's ceramics have been widely exhibited in Japan and around the world, including China, America, Canada, France, Germany, Switzerland, Belgium, the Philippines, Mongolia, and the UK.

"The energy of nature is truly immense. No matter how much our sciences and civilisation might evolve, the power of human beings is inconsequential in the face of natural threats such as typhoons, earthquakes, tsunamis, and erupting volcanoes. I think this is why the works created by the natural world, for example, the patterns formed by the winds on the desert sands, or a majestic cliff overlooking the ocean, contain a power that can never be imitated by human hands. My own creative activities have been inspired by various phenomena in the natural world; even those that can be seen in everyday life." 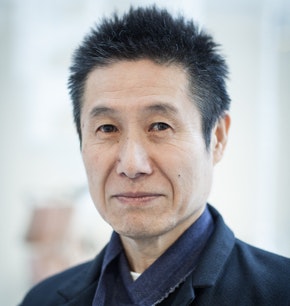 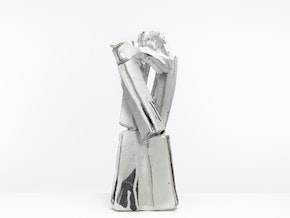